Strangers to the game of soccer may view it with some sense of ridicule and disbelief. Why do grown adults go crazy over watching other grown adults kick a ball around a patch of grass? However, aficionados of soccer will understand the universal love and passion for soccer.

To some degree, soccer can even be termed a universal language. The Brazilians, English and Germans may not understand each other’s language, but if you put 11 players of each nationality on both sides of a field with a ball at the centre line, they can communicate through the common understanding of the game of soccer. None of them will be strangers to the red and yellow cards, the offsides, the goals, the penalty kicks and the fouls that constitute the rules of the game.

Soccer also reveals people’s personalities. There are the individualistic players who hog the ball and attempt to dribble their own way to victory. There are the team players who work well together in a triangle formation to advance the ball through passes and solid rapport. There are aggressive and competitive players who will stop at nothing to win. There are the peace-loving players who remain cautious of safety and take care not to hurt others. On the pitch, everyone’s character is on display for the world to see.

There is also much to learn about the game of soccer. One learns the attitude of never giving up until the very end because even a 0-4 losing position can be reversed into a 5-4 victory. One learns never to underestimate the enemy for even the underdog can defeat the Goliath. One learns about trust, teamwork, and communication. One also learns that much of what one sees on the pitch comes from thousands of hours of effort off-pitch. As the Chinese saying goes, a minute on stage is ten years of work off stage. There are many deep truths that one can realise from the game of soccer.

Last but not least, soccer is a way to give glory to God. It is the grace of God that people from all around the world are able to bond and communicate through the common game of soccer. Soccer brings together and unites the world in the name of sport, and in the values of sportsmanship and athleticism, but all of this would not be possible without God. God gave us healthy bodies with the ability to run, jump, and sprint. He gave people talents in sports, and talents in designing the game of soccer. He blessed the world with peace, globalisation and civilisation, allowing the world to come together in harmony to play this common game. One has to be thankful to God and give glory to God, without whom, none of this would be possible. 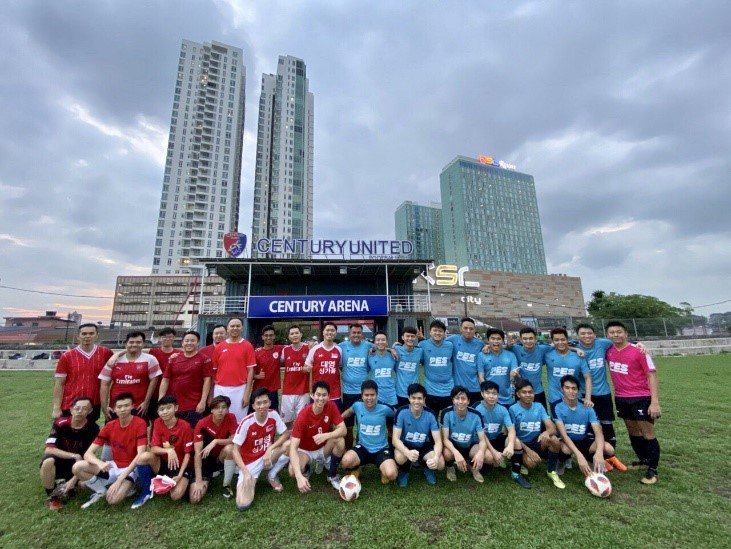 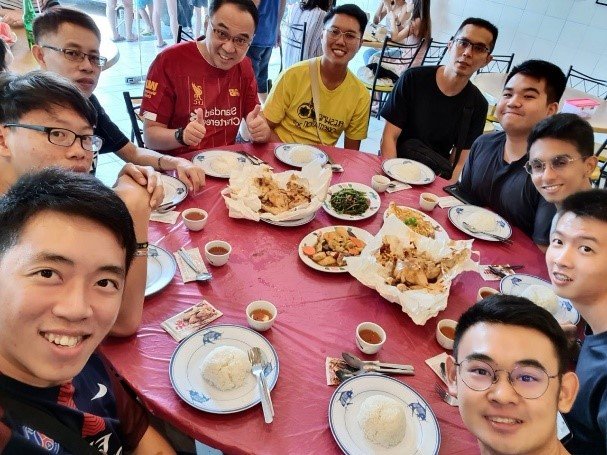 Great Glory Church had the opportunity to give glory to God through soccer on 5 October 2019, where members had a soccer exchange with a Malaysian church in Johor Bahru, Malaysia. Setting off at 8am, the team had a hearty breakfast before shopping at the renowned KSL City Mall in the morning. After enjoying the famous “Paper-wrapped Chicken” beside KSL, it was time to burn the fuel!

The match was held at Century United Field, which is a ten-minute drive from the Causeway Checkpoint. Although there was passing rain before the match, God miraculously cleared it up and the field was playable with just few puddles of water.

The Malaysians started the game strong with their experienced team, controlling possession and tempo on the pitch. The young Singaporean team tried to exploit chances to counter on the break, with two shots coming close and hitting the crossbar. Knowing that their short passing game was not working well, they adapted by launching long balls into the opponent’s half, gaining a consolation goal in the process. It was a challenging game which ended with a final score of 3-1 in favour of our Malaysian counterparts. Regardless of the score, both teams enjoyed the match and received tremendous grace, especially for those who joined the game for the first time.

“Soccer isn’t only about the final score. More importantly, it is about the peace and harmony achieved. Despite our differences in backgrounds, we were able to bond with one another over the game. That is the beauty and the grace of God.”

After the match, both teams headed out for a well-deserved dinner and fellowship. The team from Great Glory Church brought back many great memories from this exchange, and look forward to the next exchange. 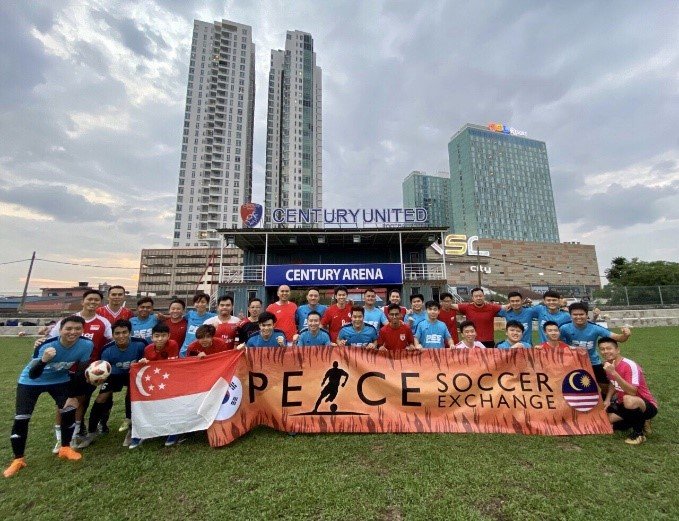